The number sequence, the Gayatri mantra, and the symbol painted on the jacket worn during the performance, correlate with the influence of the sun and a particular celestial happening. The words spoken during the second half of the performance were taken from different written accounts of esotericists on online forums, discussing remarkably similar dreams they’d shared foretelling the collapse of global capitalism and the birth of a new, equitable civilization. The number sequence and the mantra were recorded live, and played on a separate audio channel during the recitation of the rest of the dialogue, to create the effect of time compressing in on itself (alluding to the collapse of a linear reality). The work is as much the intangible occult gestures executed intentionally throughout the performance (which can be perceived, though not physically) as it is it’s visual and aural components. The music accompanying the piece was composed and performed live by Ian James. 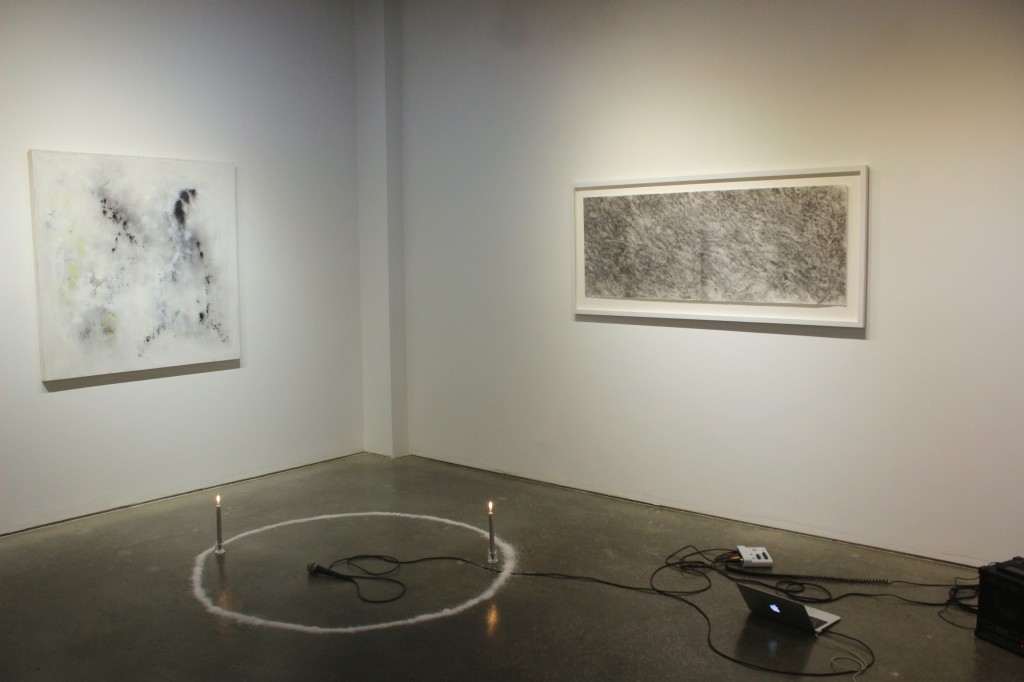