The aural landscape of the space was filled with Jim Wilson’s field recordings of crickets, slowed and pitched down to choral effect. Minister Paul Chevreau sat in meditation under a arch and flanked by floral arrangements by Melendrez Steer. 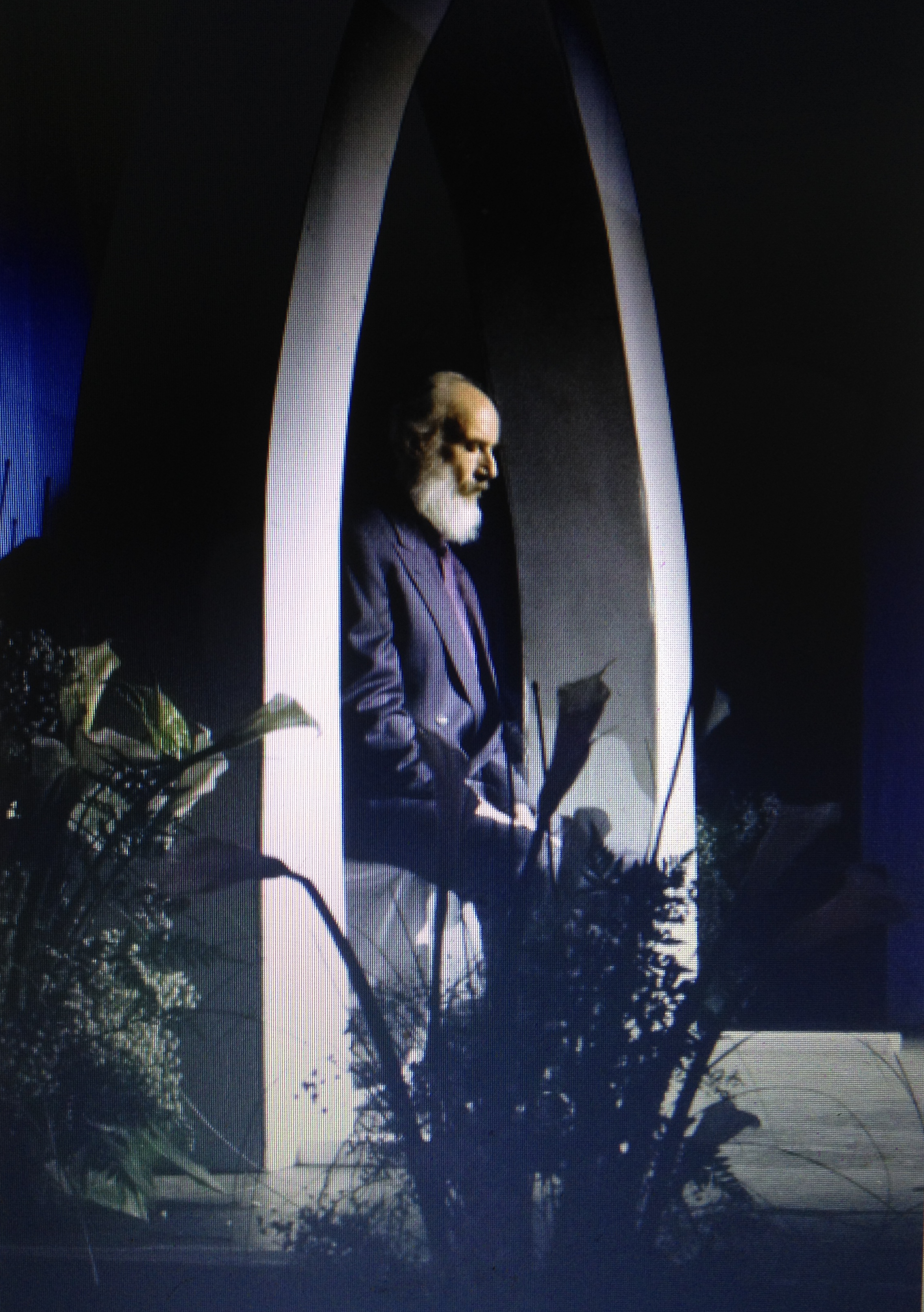 Shortly after the ceremony began the bride began her procession down the aisle, stepping out from within an installation made to resemble a pond (filled with ocean water)and wreathed with preserved cattails, rocks and river plants, before making her way to the altar.

The minister recited the following passage by Kahlil Gibran:

Marriage is the union of two divinities that a third might be born on earth. It is the union of two souls in a strong love for the abolishment of separateness. It is that higher unity which fuses the separate unities within the two spirits. It is the golden ring in a chain whose beginning is a glance, and whose ending is Eternity. It is the pure rain that falls from an unblemished sky to fructify and bless the fields of divine Nature.

An image of a lunar eclipse projected at the apex of the altar moved slowly throughout the course of the ceremony, entering into full eclipse at the moment of the ceremonious kiss. 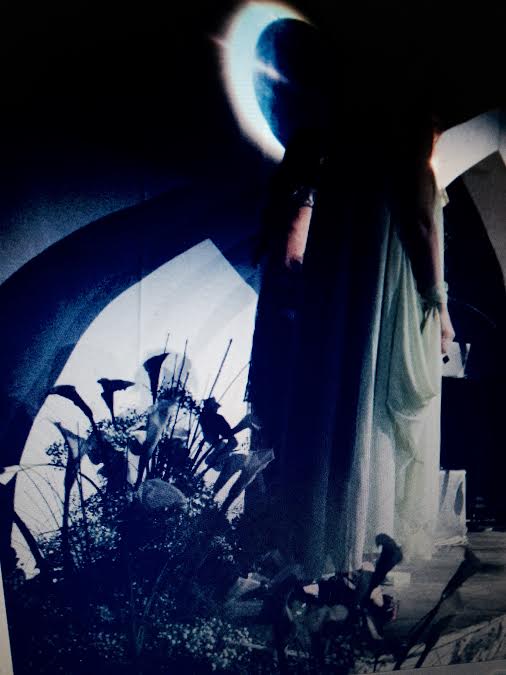 After the ceremony, guests mingled to the sounds of Andrew Kim playing a live electro-acoustic set from one of his handcrafted instruments (a re-purposed tennis racket), and Quinton Harris Jones followed Kim with an Italian love ballad. 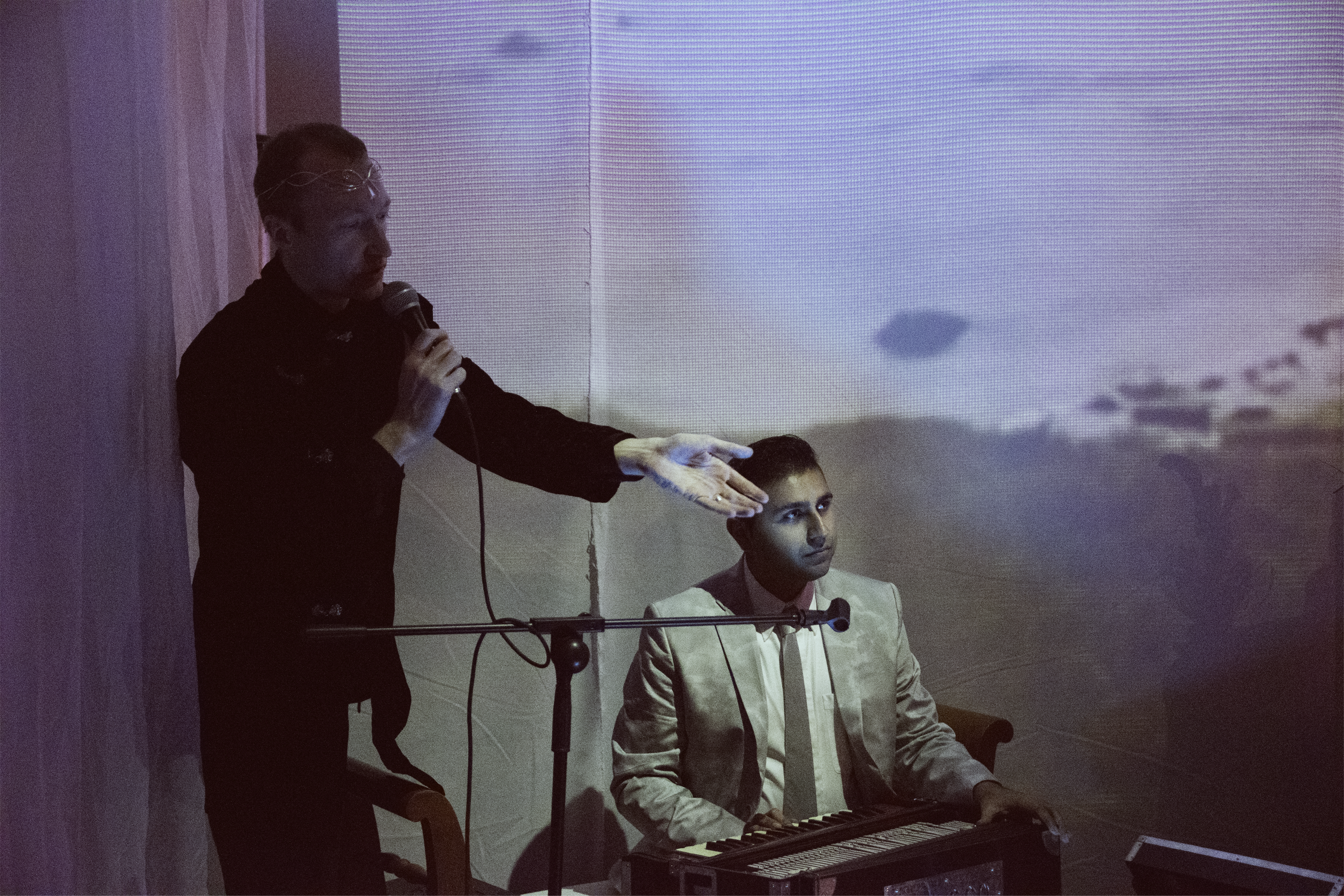 Anirudh Kansal performed a Vedic hymn, chanting and playing the harmonium in honour of the groom’s spiritual lineage and previous work as a Vedic monk. The groom performed a sacred offering during the chant.

At midnight, Vancouver-based artists Ciara Havishya and Zox Svetorovich presented a movement-based piece titled Ascension, which saw the two artists “inhabiting extremes of the spiritual/technological spectrum” through a performative installation. LA-based performance artist Genevieve Belleveau began an updated version of a performance piece titled Intimate Ikebana (initially conceived and performed at the New Museum in New York). Sitting in a long robe in a sheer canopied alcove, she executed one-on-one rituals with attendees, ending each by handing them a cup of entheogenic mushroom tea, sprinkled with petals from the bride’s bouquet. 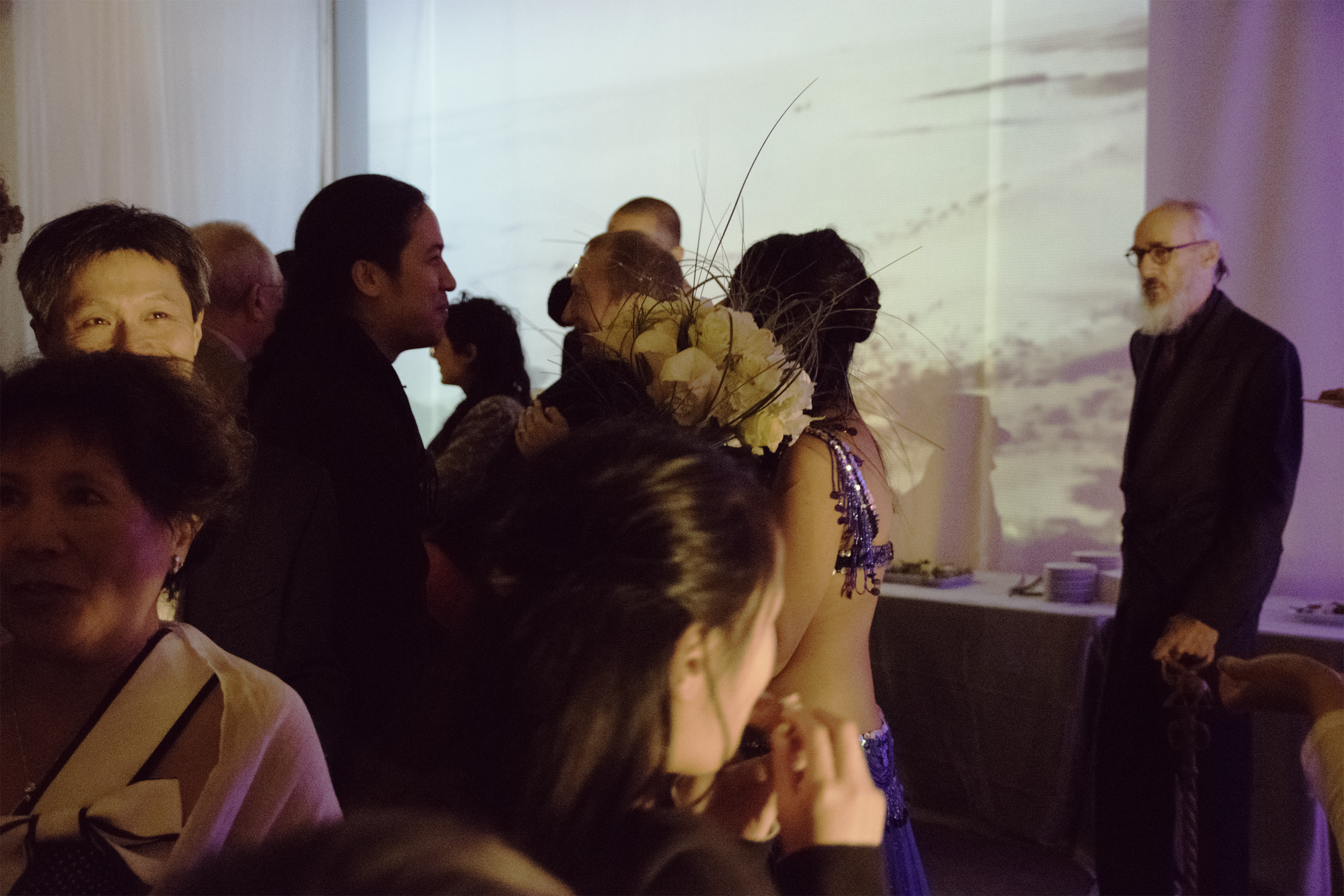 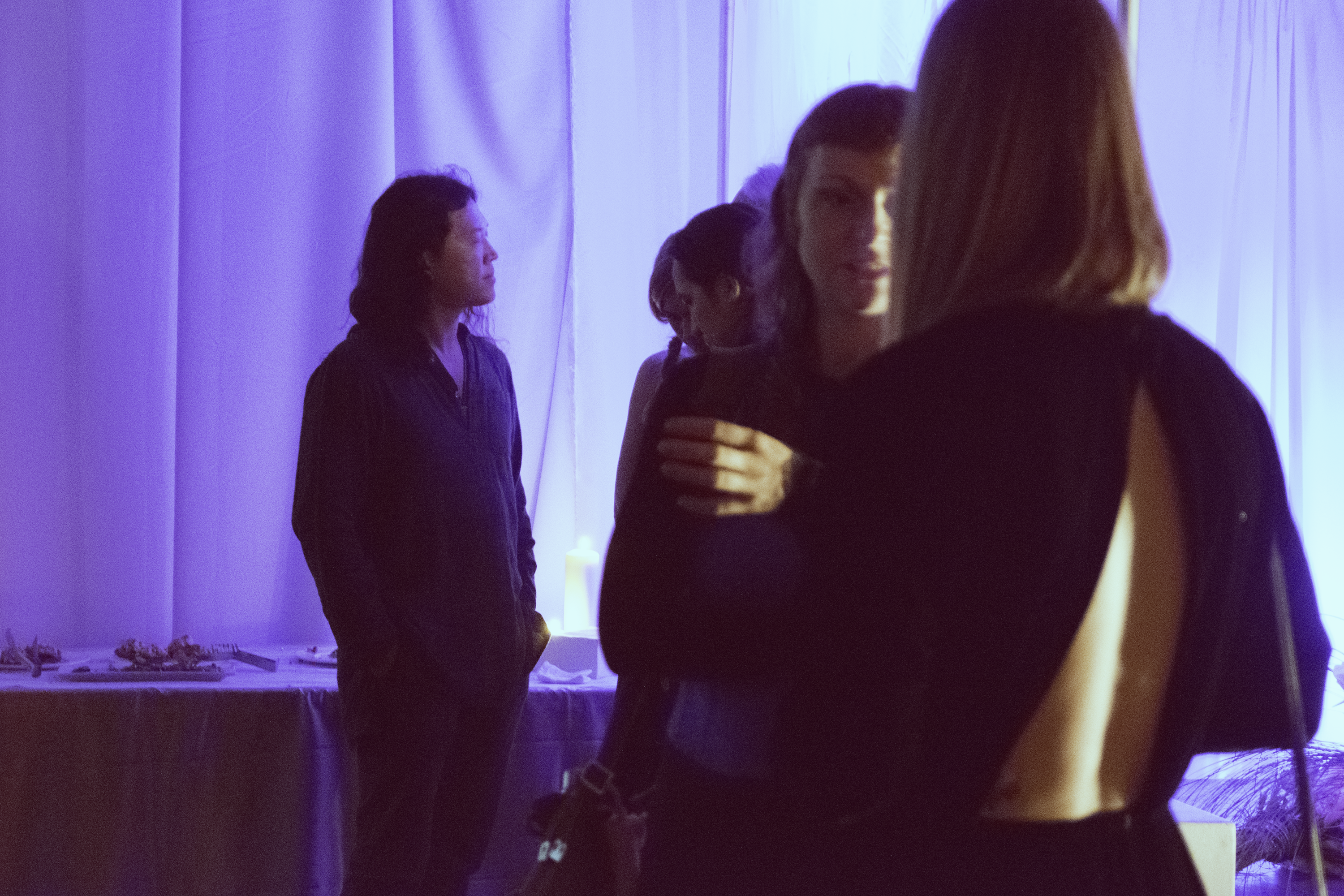 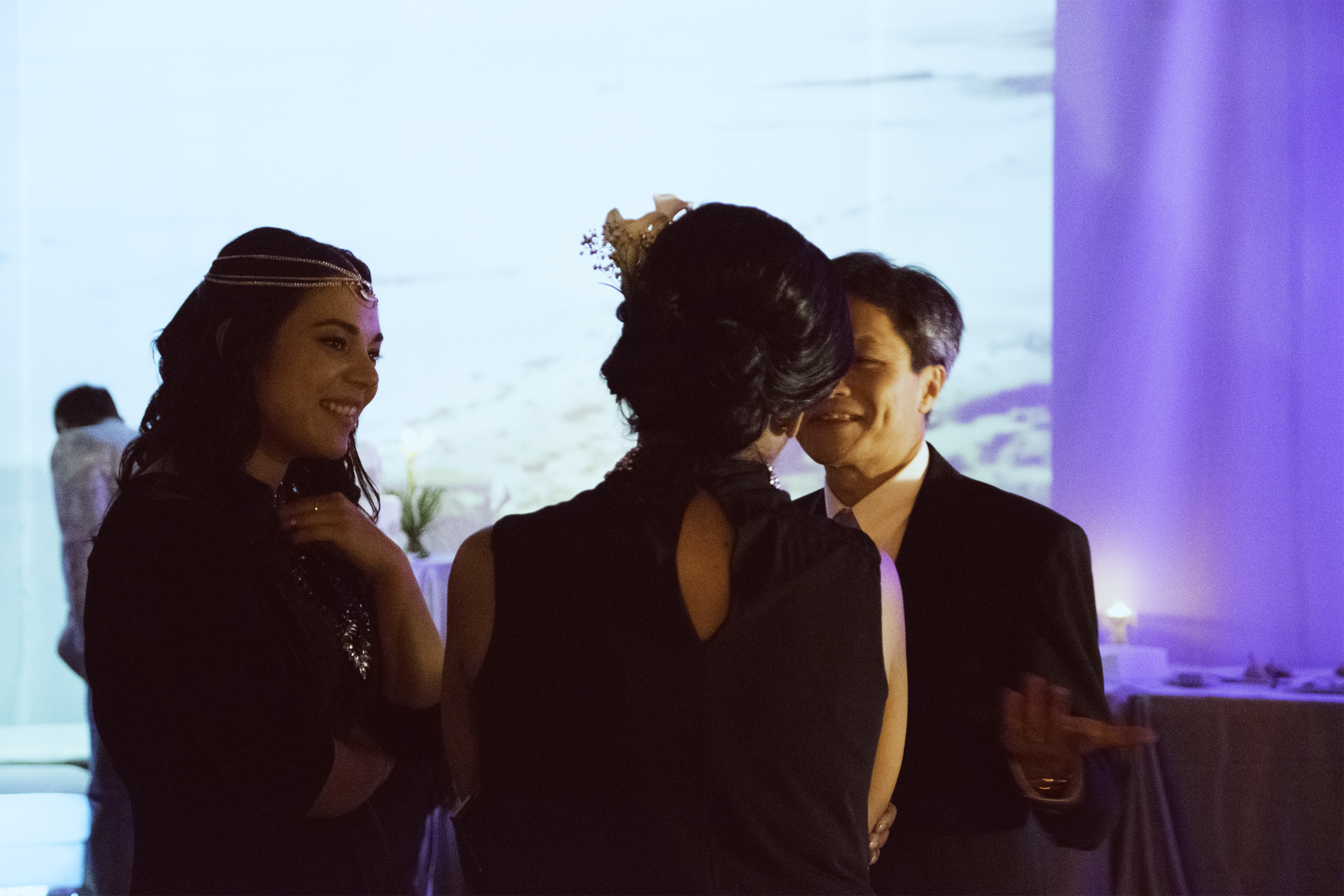