An interactive performance in the gallery space gave participants the opportunity to “take a knee” and offer their respects towards women for any psychological suffering incurred for them or their ancestors while living in the holdovers of institutionalized Western patriarchy. 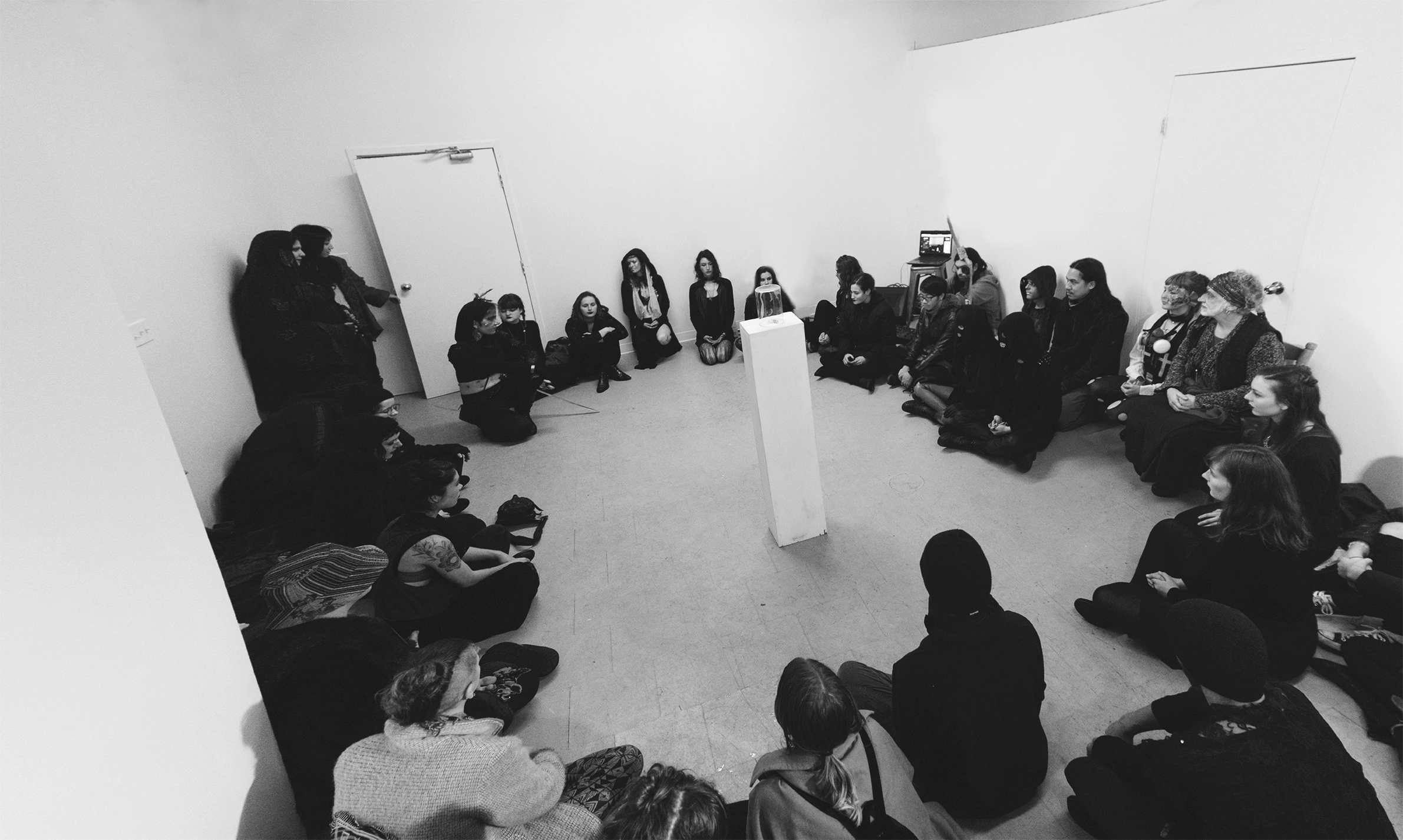 Following the ritual, attendees processed through the gallery to an immersive installation filled with technological detritus in the warehouse space. Performance artist Marie Eve moved to the sounds of the electronic music infused with Sanskrit chants.

Performance artists planted in the crowd whispered techno-shamanic poetry into the ears of unsuspecting guests:
If the human body is a microcosm of the living earth, then the cyborg body that exists within all of us is the microcosm of the technosphere that has been super-imposed over the biosphere

At midnight Natalia Wilhelm began her aural performance that began with intoning in a choral singing style, before transitioning into a throaty rasp punctuated by the loud sound of a rhythmic drum beat. She sang “I…am not…a goddess….”, and drifted into a bathtub of black mud, writhing. She crawled on the floor of the space in time to the rhythm of the drum.

Curatorial Statement
The concept of a dystopia for this multi-genre cyberfeminist project was initially inspired by a philosophical teaching existing within the ancient Vedic school of thought, stating that a society where women feel markedly unsafe is one that is on the verge of collapse. The philosophy was poignantly in line with the Happening that I had been working on developing, focused on the potential for collective cultural healing from the scars of the institutionalized degradation and objectification of women. The Happening taking the form of a ritual, existed as a nod to the archetype of the witch (a long running symbol of female oppression and nod to the genocide of women under the guise of witch burnings). The decision of following the Happening with a DJ-led dance floor was structured to facilitate a sense of alleviation from the burden presented during the ritual, through the enactment of rave as hypnagogic dance rite, using beat repetition to facilitate trance states and connection with the divine. This modern interpretation, sound tracked with heavy drum beats and machinated noises, reflected a technospheric rendition of an ancient rite. 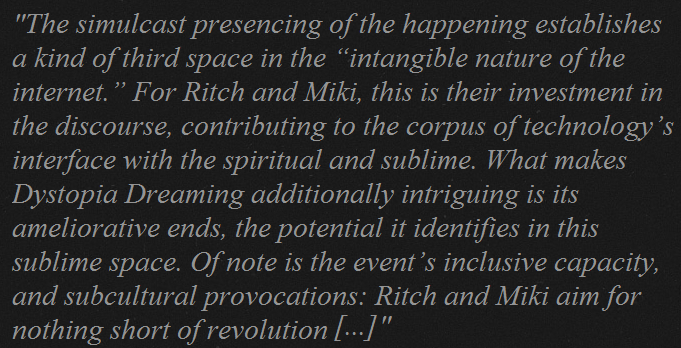 *gender neutral beings took sides based on various factors and some oscillated between the two gestures evenly. All mentions of words ‘men’ or ‘women’ are representative of trans + cis men and women.